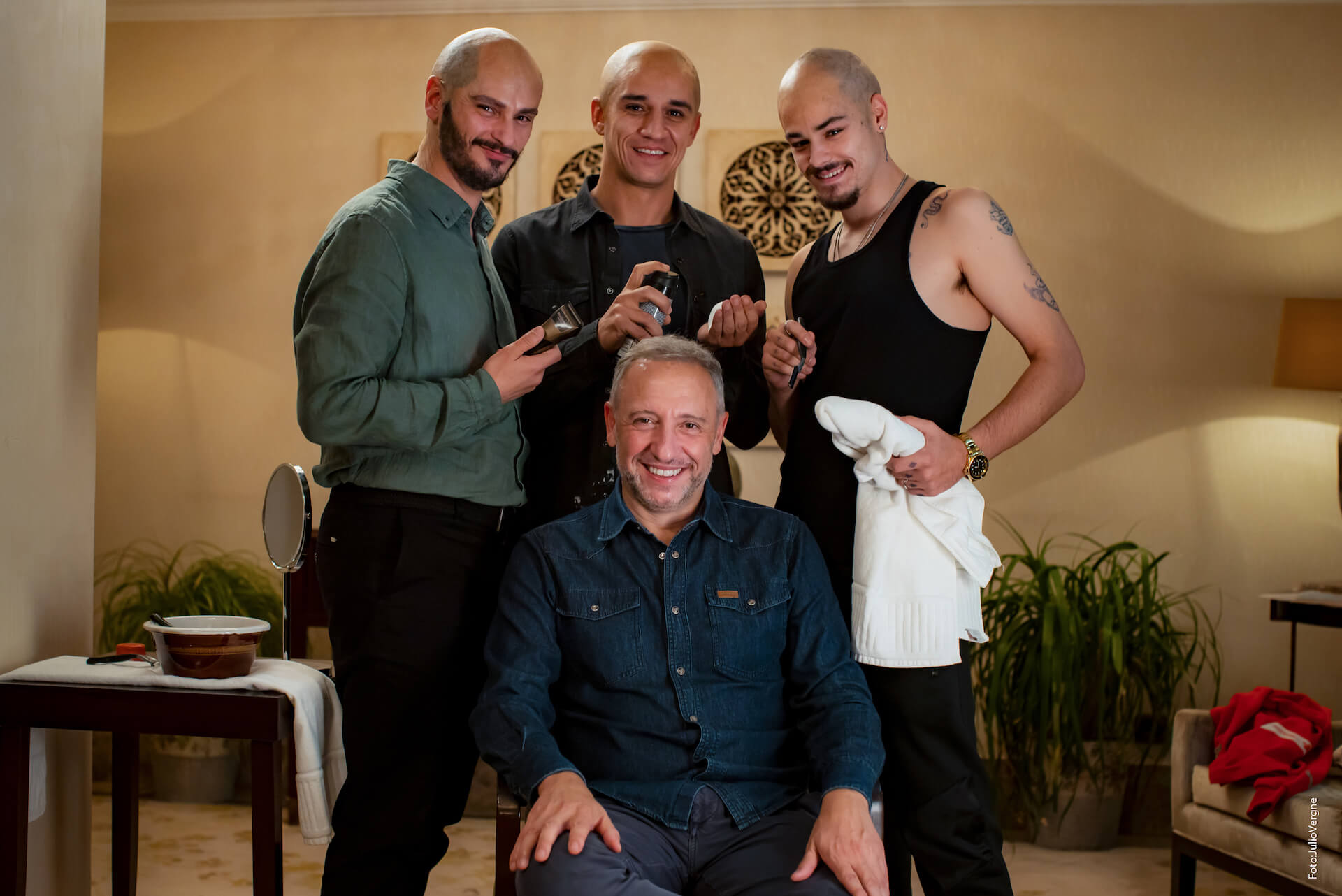 Going bald is still a trauma for many men. Nobody likes to lose their hair, especially in a world where superficiality, image and marketing are trending.

Juanjo, Sebas and Rayco are three examples, among millions, of how alopecia, in addition to hair loss, also leads to a loss of self-esteem, security and even masculinity. Rayco, is a reggaeton singer and has more receding headline than entrances in a shopping center. In posturing paradise, his hair problem means fewer fans and fewer concerts.

Juanjo is a cowardly man in his forties who wore the open space of his head with dignity until he married Inma, a woman fond of aesthetic touch ups, settled in a permanent age crisis and who thinks that being married to a bald man makes her look older than a few crow's feet.

Sebas, unlike his friend Juanjo, has been locked in "the closet" of bald men since he discovered the natural hair wig. A hair prosthesis that has to compete with the “great hair” of the new partner of his ex-wife, an adonis that his daughters are beginning to call “dad”.

Although alopecia does not differentiate or understand social strata, its solution does. And it is that, what until now was prohibitive for many, Turkey has made it accessible to all with its low cost hair tourism, thus becoming the new manna for bald men. Juanjo, Sebas and Rayco will embark on an adventure in which they will discover that their problem is not so much above their head, but inside.